1st of August. The first day of my travel. The first time I experienced culture shock while I spent 30 minutes in Istanbul Airport (I had connected flight Riga-Istanbul-Prague). But it was not my first time in Prague.

I have a feeling that Prague is very similar to Riga. And my hometown could be as developed as Prague if there would not be two world wars and the Soviet Union times. But that is not the story this time. More important is question about populism. More precisely: how populism affects Prague and Czech Republic.

After trying to speak with several locals, I understood that they are not very open to discussion. Maybe because of a language barrier, but there could be other reasons as well. Among masses of tourists, you can easily recognize a local by his/her peaceful way of moving, almost carefree. In the evening they drink a beer in a park, despite the prohibition of alcohol use in a public place. As well, I guess, because of misunderstanding or enjoyment of breaking laws, you can buy a beer in an Asian shop – they seem to be open 24/7, and an Asian person, who always does Facetime and speaks in his/her native language; maybe they are not informed about the law. I had a feeling, that they do not care about anything – nor getting a citizenship, nor learning a language. They keep living in their own world where among lots of Asian things you can find a good Czech beer, more cheaper than in a pub. I spoke with one salesman and he told, that “the shop he owns is all his life. He has nothing outside these walls.”

People in Prague keep living their own life; since the Prime Minister is Andrej Babiš, who is well known by his populistic politic and being a billionaire; they have lost a hope in politics. It is a problem of most countries in Europe and for me, it will be impossible to not repeat the same, but – on the one hand, they have lost a hope and they try to separate their life from politics; on the other hand, they were those who voted, who made their decision, who gave the power to anti-immigrant and pro-Putin leader. Not once. Twice – he was reelected in 2017.

Lots of small conversations in different places – parks, public transport, pubs – with very different people. But the answer to the question about politics is the same – there is not a big hope, but still, it exists and they trust that voters will think twice before voting on the next elections. They do not like to discuss politics with foreigners. At least the ones whom I met. 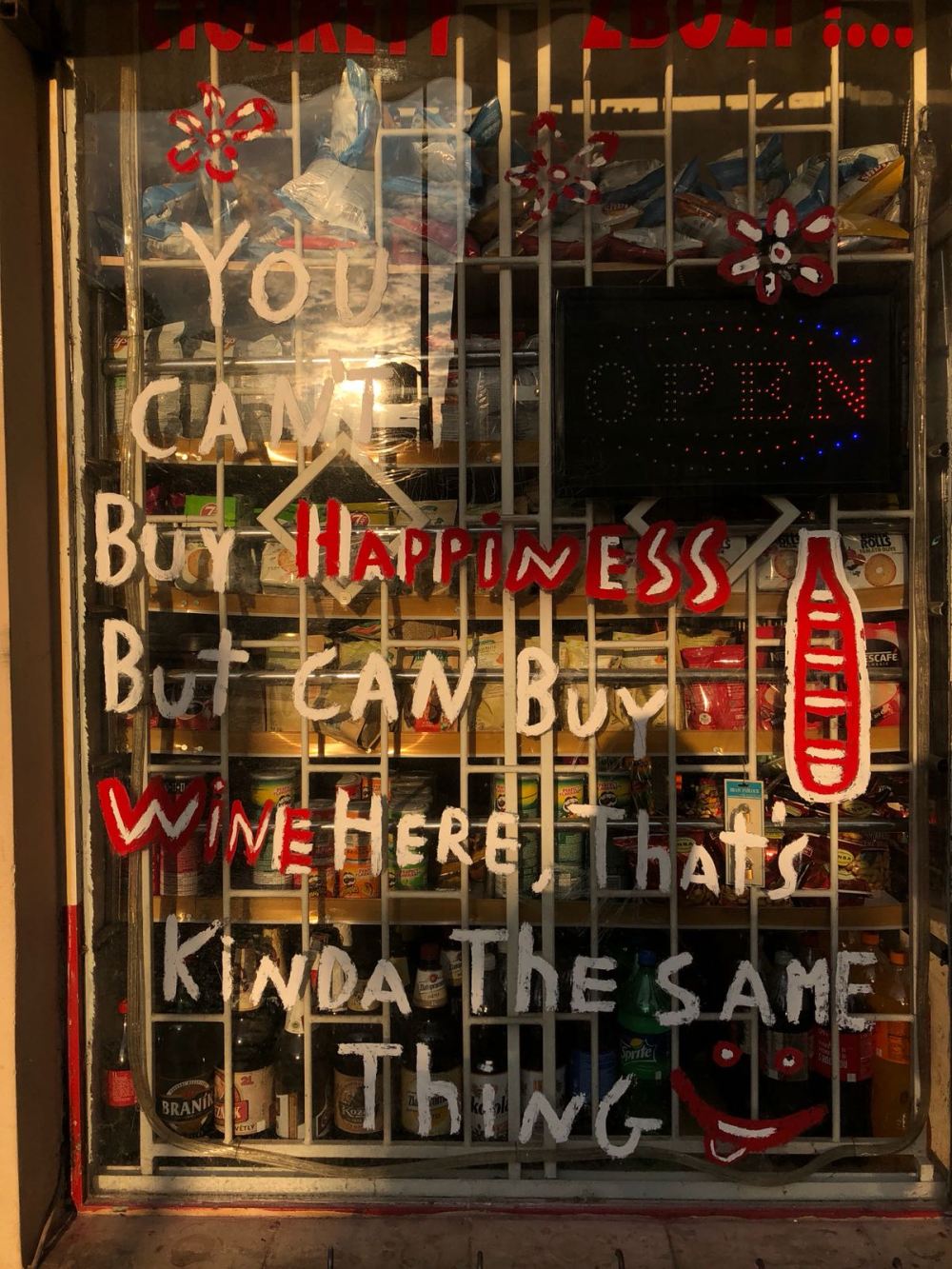 One of the Asian grocery stores.

FROM PRAGUE TO ATHENS